We not only Train Dogs, we Educate the Owners. 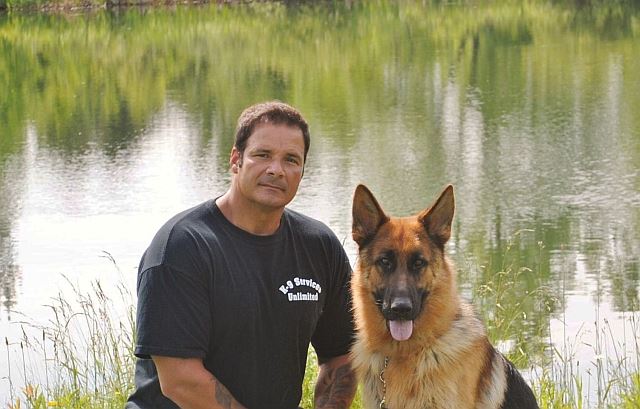 “We are the “Dog Training Specialists”

About the K-9 Man Salvatore Piazza and how the business was established.

It’s hard to believe that 40 years have come and gone since I started training dogs. It seems like yesterday when I went to Carl’s Drug store to purchase a $2 leash for our Beagle, King. I was 9 years old at the time and even back then, I felt compelled to learn about animals. Growing up watching a TV show called “Run Joe Run”, I knew then what I wanted to do. I saw a German Shepherd doing Agility and protecting people; that’s when I knew I wanted to be a trainer.

Of course back then I had no idea what I was doing. I never knew the proper techniques and to be honest, I didn’t’ know any better. However, as the years passed, my passion for becoming a Dog trainer never diminished. When I was 18, I started attending dog shows at the Utica Auditorium and talking to different handlers. I watched as they would bring their dogs around the ring and think to myself, how amazingly beautiful some of these dogs were. That’s when I purchased my first show dog. BUYER BEWARE! I learned fast that owning a show dog was not for me. I learned quick the difference between American and European German Shepherds. This is when things for me became serious. I started to read many training books. I would watch other trainers work with dogs. That’s when I decided to go to school for training. Training just Obedience dogs was not rewarding enough. I felt something was missing. In fact, after my very first client, Rose Ana Chazin came to my home, I started looking for Police Dog Instructors. After contacting different dog training Colleges from all over the country, I heard of a trainer in Camden, New York. From what I was told, if I was to take a course from this gentleman, I better know I was in for a treat. By treat I don’t mean getting candy or taking it easy. Many of the dog training Colleges stated to me that they had a beautiful recreation room and beautiful campus. They all sent me brochures assuring me that I would be a Master Trainer in 6-8 weeks. After reading these brochures and talking to them, I decided to meet with the gentlemen I was speaking of in Camden, New York. His name, Sgt. Dan Bowman from the Camden Police Department.

Once I met Mr. Bowman, I knew right away his reputation was correct. He is a no-nonsense guy who will tell you the way it is. He will to this day never sugar coat anything. If he has something to say, he’s sure to say it. I started working with Dan in 1989. I enrolled in his Police Instructors Course and graduated in 1992. Training with Dan and some of his fellow instructors was the best decision I had ever made. From day one, he threw me into the fire. At his school, there was no such thing as a recreation room. It was work from early morning until night. After I graduated from his school, we worked together until 2000 when he moved to Columbus Ohio.  In fact, many Police Officers from around the country called us “The Dynamic Duo” because they said there was no one better than us.

As the years passed, my expertise increased and learning became so much fun. Dan taught me that when you are on top, people will always try to knock you down.  His words still ring true to this day. So many rumors have circulated in regard to my expertise and training ability. Many other trainers have tried to take me down by their jealousies however, no matter what, my mentor and friend Dan’s words would come to mind and I am still the #1 trainer in Central, New York.

I write this for these reasons. First, to tell my story of how I became a Professional Dog Instructor. I have been serving the Mohawk Valley, Upstate NY, Central NY and around the country for 40 years now. I have had the staying power because I live by the rules I give to my clients. Always treat people with dignity and respect. Be honest with your clients and always tell them what they need to hear not what they want to hear. I have never been a politically correct person and I never will be. I have been successful not because of luck but because of blood, sweat, and tears. Working hard and getting the job done. I have trained hundreds of dogs and people and am always learning something new. I have instructed many clients in becoming trainers themselves. I have been blessed by my Lord and Savior Jesus Christ who has brought me through some dark times. I have the best clients, who when they enroll in my courses, know that it takes work and dedication to get the job done.

1991- Graduated From Gold Shield Training Kennels and received his diploma as a certified Police Dog Instructor from Sgt. Dan Bowman of the Columbus Ohio Police Department. Trained Police dogs with Dan Bowman from all over the country from 1990 to 2000.

1993- Appointed Chief of Security for the Utica Parks System 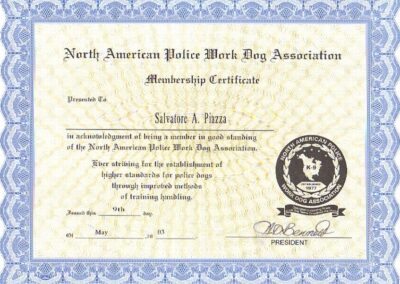 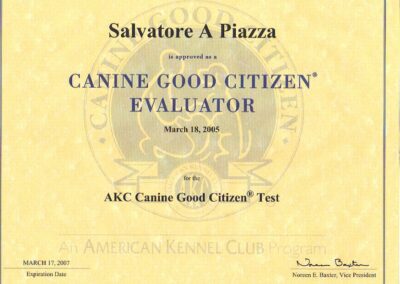 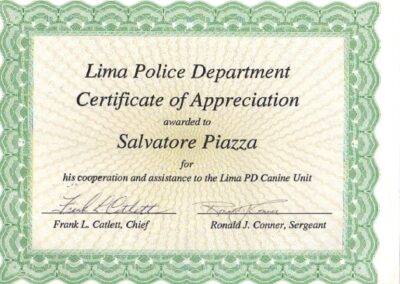 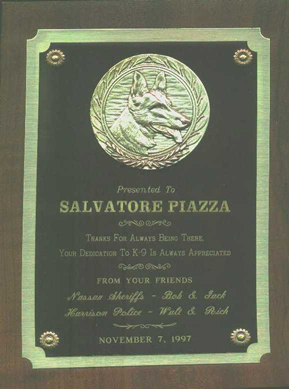 Looking For A Professional?

For 40 years, we have dedicated ourselves to the dog training profession. With more experience than any other trainer in Central NY State and the Mohawk Valley, we have been setting dog training standards, changing the way trainers and people think about dog behavior. 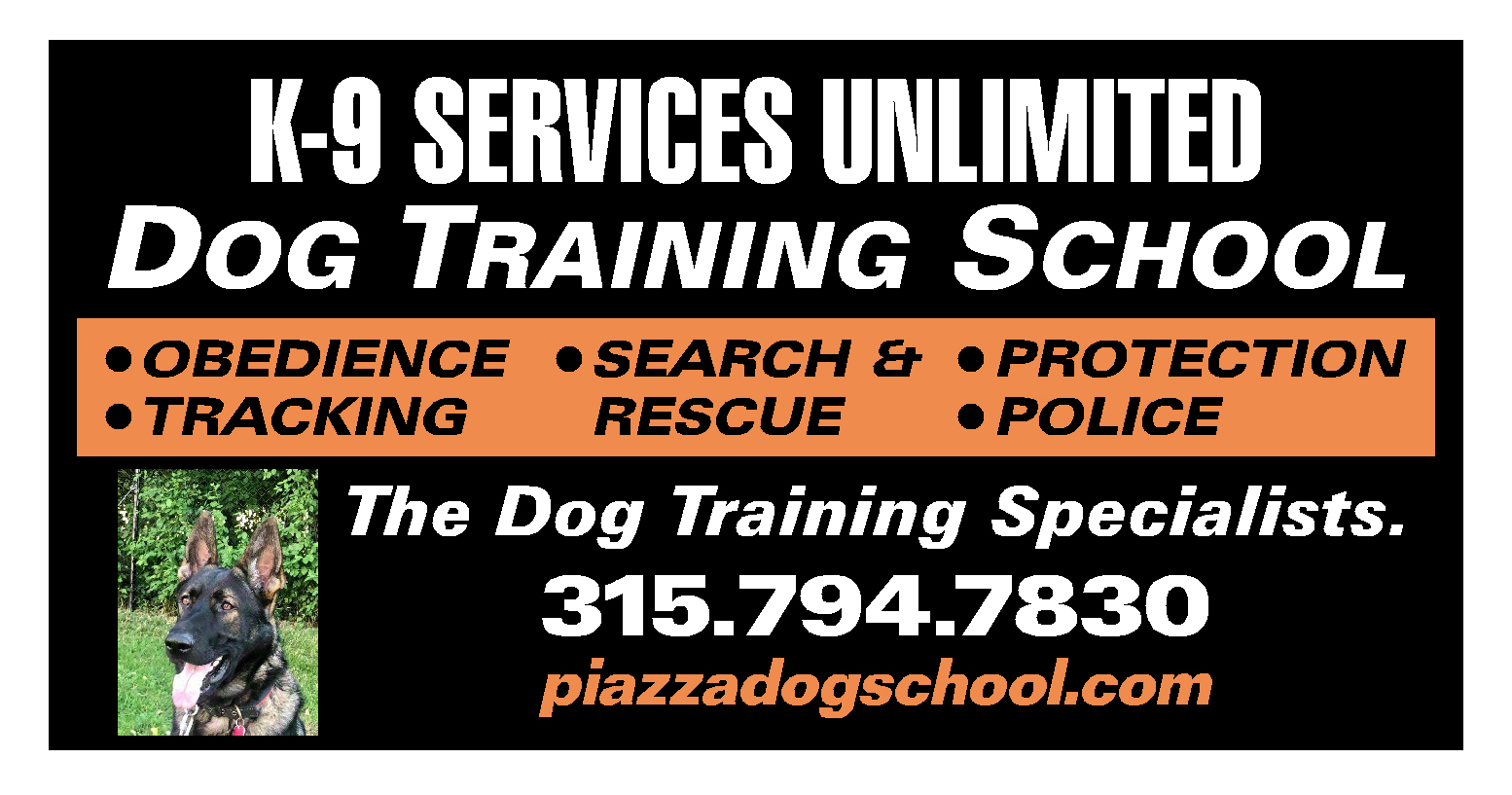 Get in Touch By Phone Or email

Please feel free to contact us with any questions or requests for additional information on our classes and services.

“We are the “Dog Training Specialists”